You can see the full Results of the Lichfield Half-Marathon May 2015 here on STUWEB.

The 5th annual Lichfield Half Marathon sponsored by Running Form and Virgin Holidays was won by Matthew Missen (Birchfield Harriers) from Lichfield, winning comfortably in a time of 1:14:13.

The day opened up rainy and windy but finally dried up almost exactly as the race started. 1200 starters set off from Lichfield towards neighbouring village Whittington. Matthew Missen and James Trollop (Lichfield Running Club) vied for the lead before eventually pulling away at around 8 miles and never looked back.

Matthew said: “Great to win in Lichfield and with the Cathedral in view from 3 miles out or so. I felt this kept me going and gave mean extra incentive to win the race, the last 3 miles were tough but I kept going and the massive crowd at the finish was fantastic!”

Second home was Richard Powell of West Bromwich Harriers in 1:16:40 with Stuart Lumsden of Northbrook AC in third at 1:20:23. First female home was Mel Woodward of Sutton Coldfield AC in 1:22:29, with Hannah Howard of Eastleigh Running Club second in 1:23:39, and Sarah Dauncey third in 1:30:35.

YOU CAN SEE PLENTY OF PHOTOS OF THE HALF-MARATHON HERE. Photos provided courtesy of David Blood.

ALSO, there are more photos to view and buy HERE. Photos by Steve House. 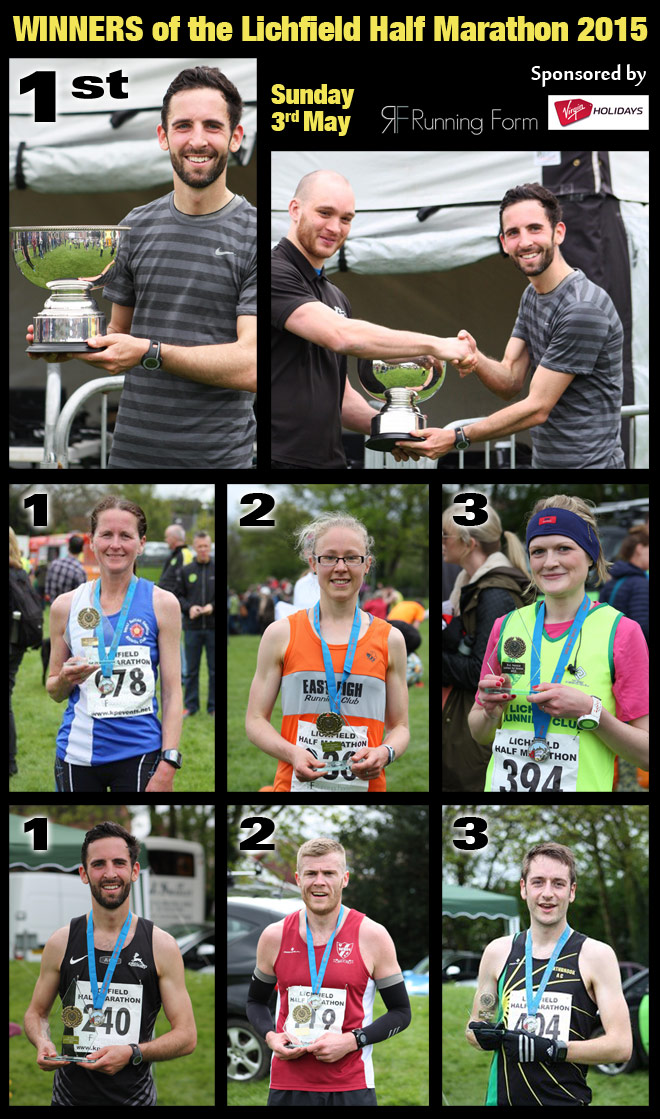