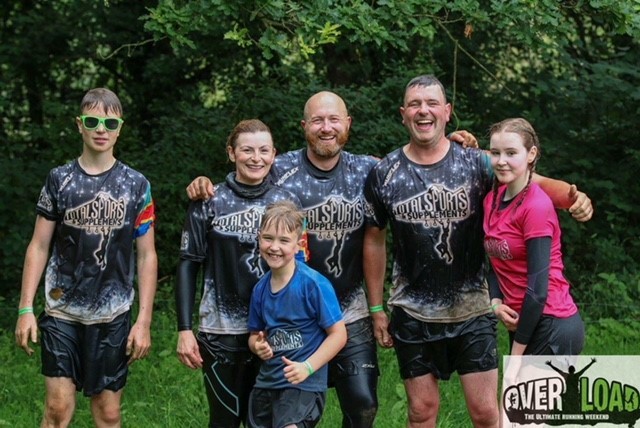 ARE YOU READY TO TAKE ON DERBYSHIRE’S ULTIMATE OBSTACLE COURSE AND #OLDSKOOL CROSS COUNTRY RUN? If you’re ready for a challenge, this is the run for you.

They have terrain that will push you to your limits. Wet muddy ditches to wade through, a variety of natural and man-made obstacle menaces to overcome; OVERLOAD will test the toughest of hardened runners, whilst offering fun and laughter for the not so tough runners.

There’s plenty of entertainment and food available on-site post run, so you’ll be able to swap war stories with your fellow competitors and wear your well-earned medals and scratches with pride.

KP Events have linked with Overload organisers to set up a code to offer our followers discounted tickets for £32.50, a £12.50 saving on the normal price. This is more than we see them offering anyone else.

To access the special offer use this link: endurancecui.active.com

Then use this discount code on the checkout page: KPSAVE10

PLEASE NOTE THAT IF WE RECEIVED YOUR ENTRY FOR THIS YEARS TAMWORTH 1OK AFTER 8.00PM ON SUNDAY 23RD OF SEPTEMBER 2018 YOUR RACE NUMBER WILL NOT BE SENT IN THE POST AND YOU WILL BE REQUIRED TO COLLECT FROM OUR REGISTRATION DESK ON RACE DAY. PLEASE REFER TO THE RUNNER INFO SHEET BELOW FOR MORE INFORMATION.

The Tamworth 10k is on Sunday 7th October 2018 and will start and finish in the beautiful grounds surrounding Tamworth Castle and will wind its way through the grounds and out into the town, then follow a canal section in Fazeley, before returning to the Castle Grounds. The Tamworth 10k was voted 4th best 10k in the UK by Runners World in 2013 as it’s scenic but mainly flat 5k loop course takes in some of the town’s best scenery with its start and finish set in the popular Castle Grounds leisure facility with its gardens, sports amenities, walkways and cafe.

END_OF_DOCUMENT_TOKEN_TO_BE_REPLACED 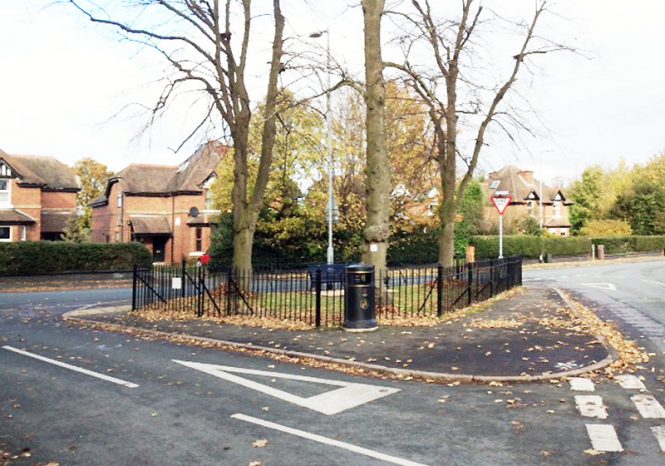 The 3rd annual World’s Shortest Fun Run around the UK’s smallest park took place in Burntwood (Sunday September 9th) at Princes Park and scores of runners, many fun run first timers, of all ages (6 months to 84) all abilities (none to very little) plenty of fancy dress and zany costumes, dogs of all breeds and colours, babies aplenty too.

Kevin Wilson of organisers KP Events said the day was a roaring success; “It was a fantastic late summers day, the atmosphere was incredible, so much fun and miles of smiles on show. Our event partners Burntwood Town Council helped make it a great event and we’d like to make it an annual event and grow it and convince the Guinness Book of Records to recognise it as a proper World record attempt!”

END_OF_DOCUMENT_TOKEN_TO_BE_REPLACED 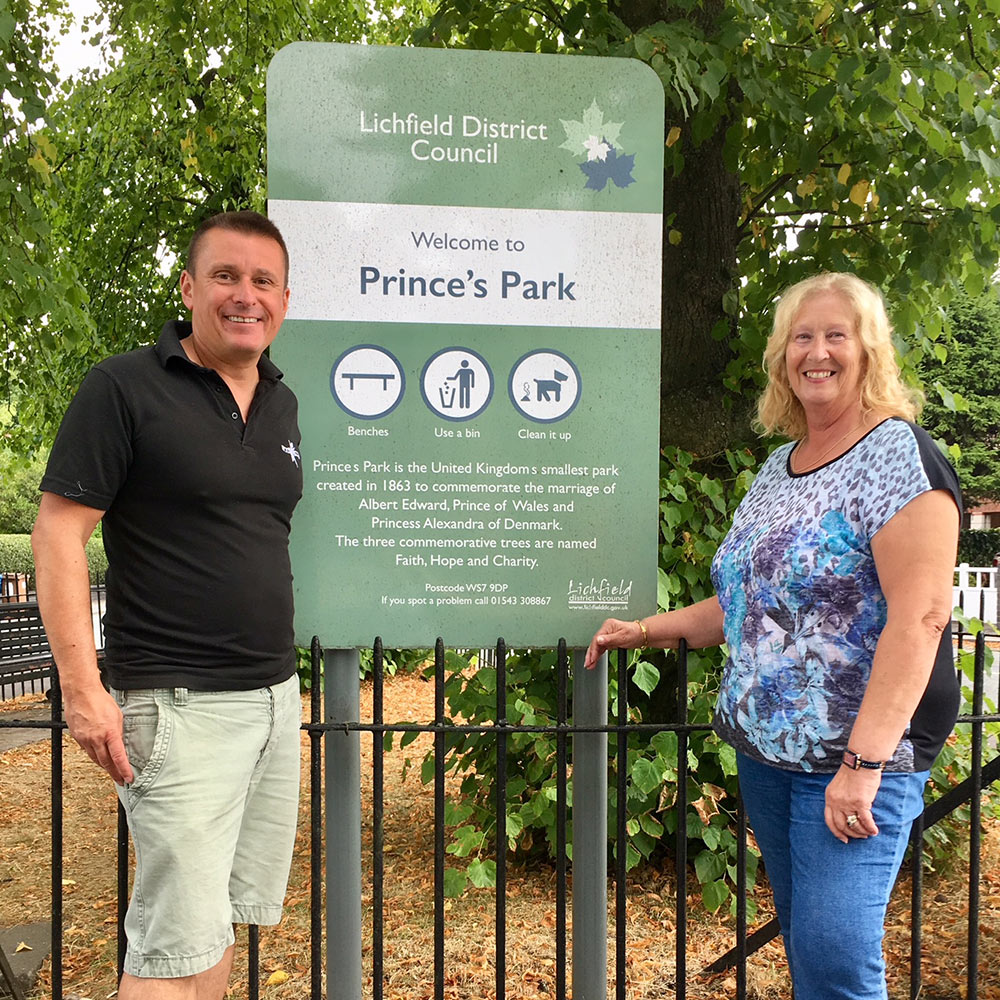 Last held in 2016 the WSFR will once again attempt to set a world record with Guinness Book of Records and Paul of KP Events is once again to attract hundreds of local families, friends, pets and people of all ages to turn up and have a go at the 55 steps distance for the Council’s Charity of choice for 2018.

Staff from David Lloyd Fitness and Racquets Club in Lichfield will be to entertain the runners and spectators alike.

“At the last WSFR in 2016 the youngest runner was 3 months the oldest 93 which says everything about the event. People are in fancy dress, some do run, most walk, some dance round, some tumble round, some do it backwards, some crawl and it doesn’t matter at all how you do it just do it for the Town Council’s Chairman’s own charity good cause. Its actually completely bonkers! Elvis turned up, The Stig was there, lots of princesses and fairies with cricketers and dancers, dressed up pooches and too many fancy dress costumes to count!! It really is a bunch of fun with medals for all to commemorate the day.”

The World’s smallest park recognised by the Guinness Book of Records is Mills End Park in Portland Oregon USA and in 2016 a transatlantic spat broke out when Kevin from KP Events called Mills End Park a ‘gloried flowerpot’ and questioned Portland’s park status as a ‘park’ as it didn’t have a fence round it, didn’t have a bench and it couldn’t be walked round.

With tongues very firmly in it’s cheek Portland Parks Department countered by addressing Kevin’s questions directly and making their park a ‘real’ park. The resulting media interest went viral and global with the World picking up this ‘park wars’ skirmish across the Atlantic!

In 2018 Burntwood Town Council whose ‘patch’ Prince’s Park is situated in have had a replica of it made by a local community group made to the approximate dimensions of Mill’s End Park and it will be officially unveiled to the World on Sunday September 9th before the WSFR begins at 12.30pm.

Kevin explains the significance of the replica: “Our replica of Prince’s Park should now be seen as a rival to the title of World’s Smallest Park and it will be situated inside the UK’s smallest park on September 9th. How will Portland react? Lets see!” Watch this space!!!

Entry for the WSFR is £5 per adult (includes commemorative medal and goodie bag) £2.50 (children aged 4-15) and free for kids aged 3 and under.

People can register on the day and should contact paul@kpevents.net to register their interest with him.

UPDATE: People can now register on the day and should contact paul@kpevents.net to register their interest with him.

KP Events and their partners Burntwood Town Council are please to announce the 3rd staging of the World’s Shortest Fun Run on Sunday September 9th round the UK’s Smallest Park, Princes Park in Burntwood.

Previously held in 2013 and 2016, this a unique event that really does appeal to everybody of any ability, the youngest ‘runner’ was 3 months and the least youngest 93 at previous events.

All profits will be donated to Burntwood Town Council’s Charity for 2018.

It will take around 55 strides to get around Princes Park in approximately 25 seconds. Everyone who takes part could potentially be a world record holder! Medals to all finishers.

END_OF_DOCUMENT_TOKEN_TO_BE_REPLACED

It is with much regret that KP Events have to inform you that Run, Heifer, Run! have made the decision to cancel the UK Events planned for the Summer of 2018. This is not a decision that has been taken lightly, and is due to unforeseen circumstance. KP Events and Run, Heifer, Run! Hope to work together again in the near future.

Again KP Events would like to apologise for any inconvenience caused, and hope to see you at another one on their races. 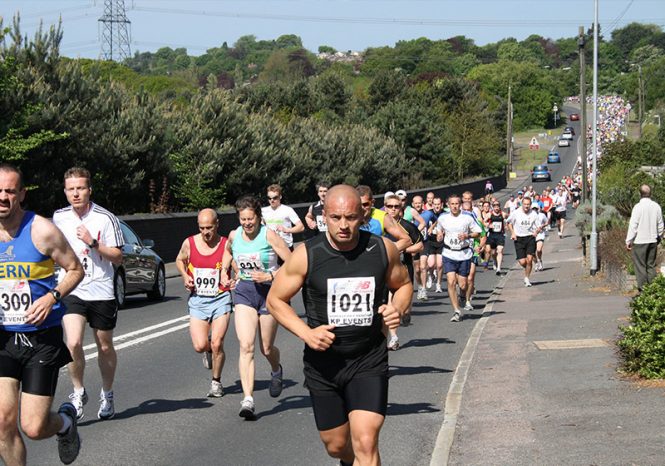 END_OF_DOCUMENT_TOKEN_TO_BE_REPLACED

Full results of the Solihull Half Marathon can be found on STUWED. Photos will be available at www.charleswhittonphotography.com. 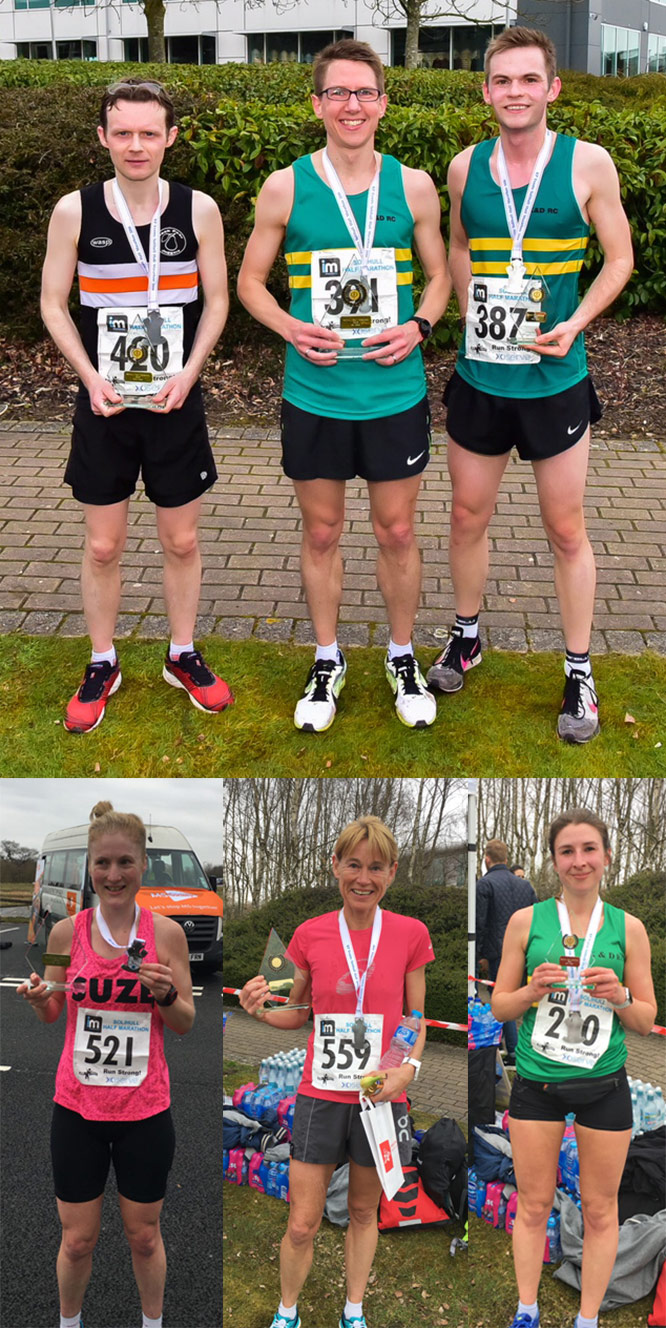 General note: Race numbers and info are posted to applicants within the 10 days before race start.

Download our pdf flyer for an overview of all current running events. HERE