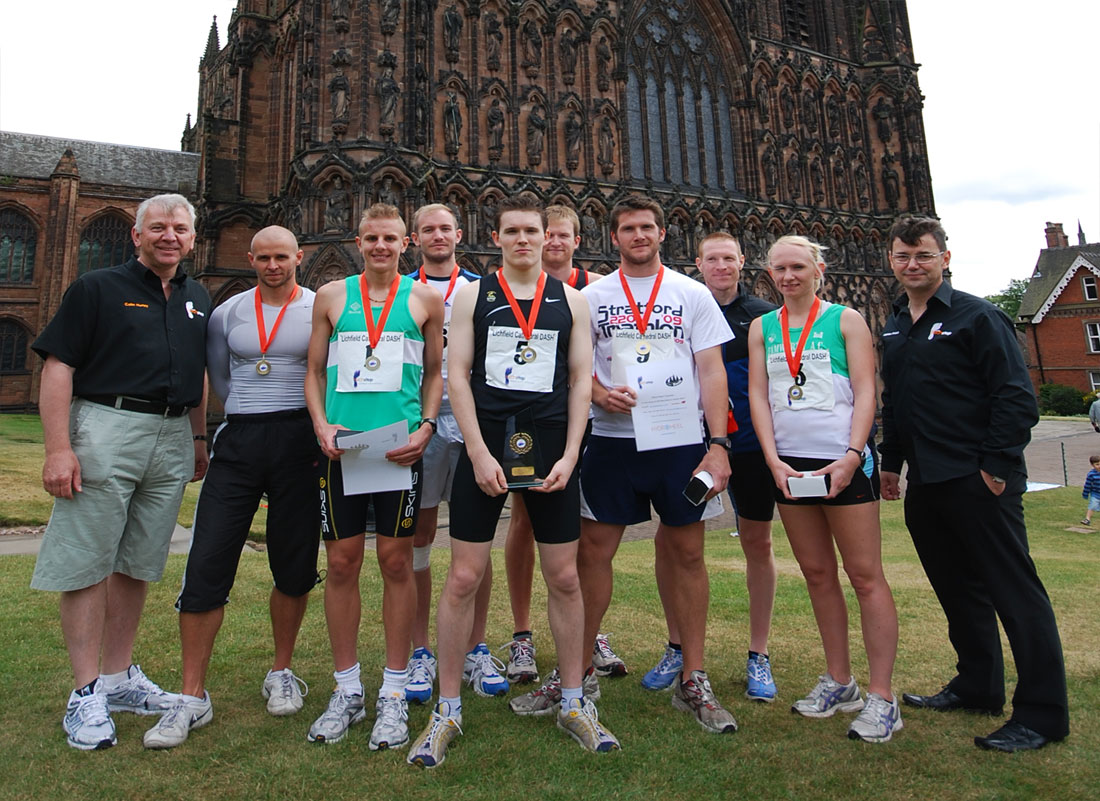 This is the list of invited athletes for the 2011 Cathedral Dash – which includes the 2010 winner and reigning Dash champion James Whitehouse of Birchfield Harriers (pictured right – centre).

Dash founder – Kevin Wilson of organisers KP Events is keen to point out that invitations into this unique event are held open right up until just before the 12 noon race:

Invites have always been given on a wildcard basis, athletes have been invited from as far a field as Cardiff this year and who knows what will happen the day before or en-route and others invited may be injured, so we have stand-by invites and wildcard entries too so there will be surprises, that’s the beauty and the nature of the event.

Other highlights this year are the re-introduction of the Keeleys Mile at 11.10am where, after a period of 3 years the 3 and a bit lap of Cathedral Close mile course will once again see an exciting race in prospect with Tamworth AC’s veteran Phil Clamp a hot favourite. 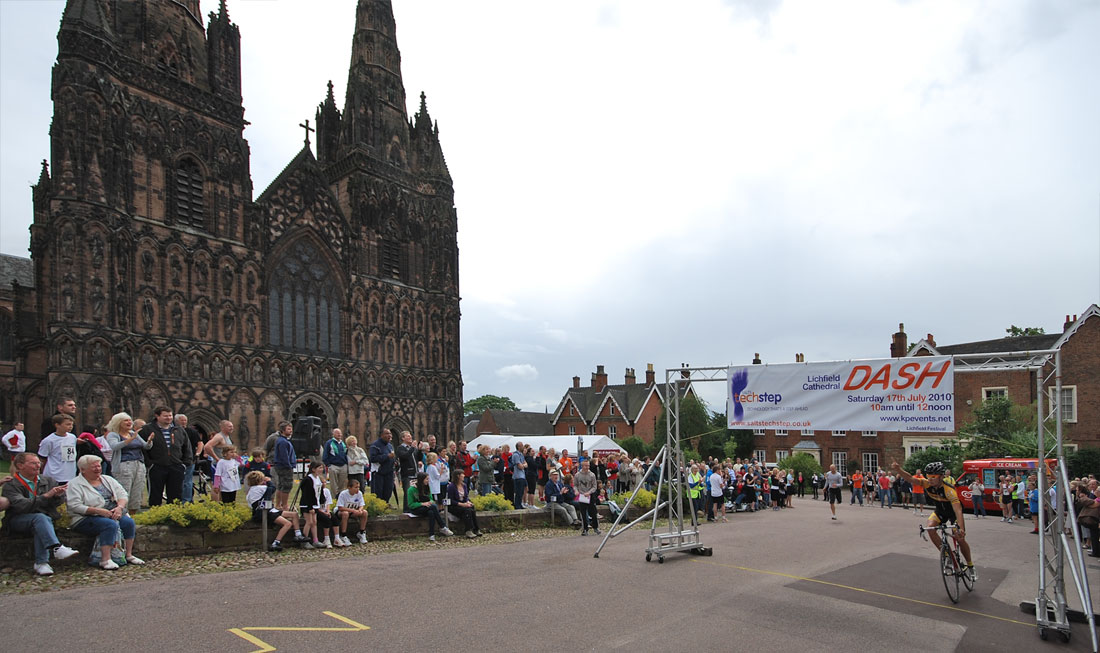 Once again, the Dash 2011 sees the Man V Bike Sprint Challenge excite the crowd as a top sprint athlete takes on a top sprint cyclist in a race to see if man can beat machine and the close finish (pictured right) seen in 2010 is set to be repeated as bike just won out.

Other races include 100m and 400m sprints for juniors from aged 5 to 15 with a Junior Dash also welcomed back at 11am with senior and junior relays always a favourite with the crowds. Also, back in 2011 are the Fusion Dance School who will be performing two routines with the seniors performing a tribute to Chariots Of Fire in the film’s 30th anniversary year.

All in all, once again great anticipation awaits the Salts Techstep Lichfield Dash 2011 as James Whitehouse seeks to become only the 2nd athlete in Dash history to successfully defend the title.